Yesterday an agreement was signed between representatives of MERCAZ Olami, the world Masort i Zionist Movement, and representatives of the "Kadima" party in the presence of Prime Minister Ehud Olmert, the text of which is printed below.

The agreement gives Jews of the Masorti-Conservative   stream in Israel and the Diaspora a significant position in influencing the Jewish Agency, World Zionist Organization and Jewish National Fund and recognizes their importance and influence on Zionism. The agreement will lead to bridging the gap between Orthodox and Conservative   organizations. This change indicates the need to strive for equality amongst the various streams of Judaism in Israel.

Rabbi Vernon Kurtz, President of MERCAZ Olami, said, "We found in the Kadima party an open door and true support for our social-spiritual approach. We enter this partnership not only for purposes of the Congress, but see it as a strategy that will allow us to have an impact on Israeli society as a whole."

From Prime Minister Ehud Olmert’s letter to members of the United Faction composed of Kadima, MERCAZ Olami, the Green Zionist Alliance, Pensioners Party and the Zionist Youth (Hanoar Hatzioni), "The Conservative   (Masorti) Movement exemplifies what Maimonides praised as the ’Golden Way’, the middle path of tradition, which distances itself from all extremes and advances a vision of unity through tradition, faith and Jewish culture."

I apologize that I am not able to attend this conference with you - delegates of Kadima, Hanoar HaZioni, the Pensioners Party and the Conservative   Movement to the 35th Zionist Congress. Although I cannot be there in person, I did not want to give up this opportunity to say a few words to you, even if they are only in writing.

The united faction of Kadima, HaNoar HaZioni, the Pensioners Party and the Conservative   Movement restores the unique and primary purpose of the Zionist Movement. The delegates that Herzl assembled at the First Congress in 1897 represented the unity of the Jewish People and took action together - secular and religious, Socialists and Liberals, workers and bourgeoisie, young and old, from all over the Jewish world - in order to ensure the future of the Jewish people and its return to its historic homeland.

Our new party continues this tradition today, unifying four different bodies, each of which decided on its own, to put aside its political differences and unite around joint principles.

The Kadima Movement is the result of political forces in Israel that could not bear the old political party frame ; engulfed in their old fashion doctrine, and came together to create a unified centre that expresses the beliefs and aspirations of the majority of Israeli citizens in Israel. Kadima’s members include former right and left wingers, friends from the Religious Zionist Party, Israeli born citizens along with new immigrants, Jews and others from various minorities. These people understood that they have more in common than that which separates them, that a clear understanding of reality is better than clinging to obsolete slogans that have no content.

The Pensioners Party is a result of similar unification of people who knew how to put their differences aside and unite behind a cross party platform, promoting the elder and weak populations within Israeli society.

It’s not by chance that Kadima found it easy to find a common language with the Pensioners Party, and it was not by chance that they were the first party to join the coalition that we put together. The alliance in the Zionist Movement is a natural continuation of this, and I hope that the parties in the Knesset will follow the representatives of the Zionist Movement, and form one unified faction.

The Zionist Youth Movement, being the oldest among the copartners of this new faction despite the young age of its members, has been doing the very same thing for the past 80 years. It rose against the backdrop of separations from right and left within the Zionist Movement as a unifying movement that gives priority to national interests over sectarian interests. It works within 48 different countries, educating generations of young Jews on the base of Herzl’s political Zionism and Trumpeldor and Weitzman’s idea of personal fulfillment.

The fourth partner, the Conservative   Movement represents the middle road that Maimonides speaks so greatly of, a golden path of tradition that steers away from extremes of all kinds and prefers the unifying way of tradition, faith and Jewish heritage.

The alliance that we have built between these four bodies portrays the central stream of Zionism, the Zionism of Herzl and Weitzman. A Zionism that incorporates ideals with pragmatism, dreams with reality, keeping to tradition while understanding the changing reality.

I am convinced that this alliance of enlightened and moderate voices, dedicated with their heart and soul to the Zionist cause, will become a major factor in the Zionist Movement, leading it towards fruitful action for the future of the Jewish People. 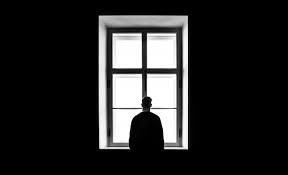 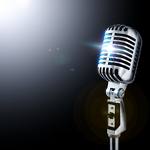 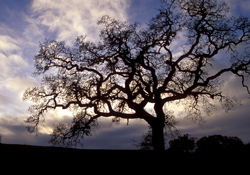 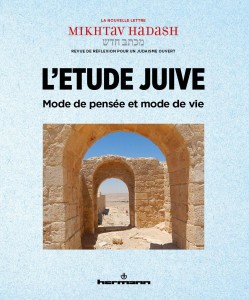